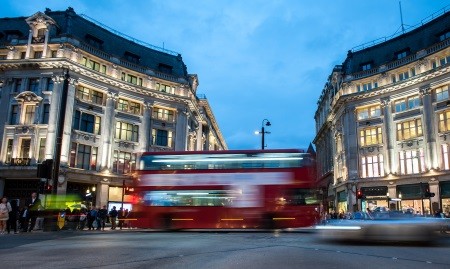 Despite of the current challenges of the retail market in the UK, London has taken the worldwide lead regarding the opening of luxury retail stores in 2018. According to the report from the company Savills, after a fourth place in 2017, London has now become the most active city for the luxury retailers, outrunning Paris, Tokyo and Singapore.

According to Savills, in 2018, London represented 9.6% of all luxury store’s opening worldwide, which is more than any other city and highlights the markets’ resilience against the current economic uncertainty. To Marie Hickey, Savills’ director, “despite of the cross winds that the Britain retail is facing, the luxury market in London seems to be not only resilient but it offers attractive opportunities for the brands that want to enter this market. With a 38% increase in luxury stores’ opening in 2018, the city has become the most active destination worldwide for the luxury brands”.

Savills research has concluded that the UK capital has welcomed the opening of 33 luxury stores, a 38% increase comparing to 2017. Although the luxury fashion brands still dominate, representing 45% of stores’ openings, this number had fallen in 2017 to specialized accessories’ brands, such as bags, footwear and glasses, which at the time increased from 20% to 24%. Specialized jewelry and watches’ brands kept their considerable number of openings of 24%.

Overall, in 2018, luxury brands have decreased 16% of the new retail stores investment. The major brands have opened new retail stores in just 85 cities in 2018, compared to the number of 118 in 2017. According to Savills, this number leads to the conclusion that the brands are focused in central, strategic and, frequently, under-represented markets.

Right behind London is Bangkok with a representation of 6.7%, driven by the opening of the great shopping mall ICONSIAM. Dubai and Hong Kong were in third, with Dubai being supported by the increase in stores supply with the expansion of Fashion Avenue. Paris and New York came in forth and fifth places, respectively.