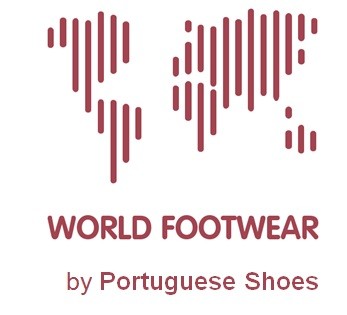 Within the worldwide footwear industry, the year 2018 was marked by the positive dynamics initiated in 2017, following two years of stabilization. In 2018 footwear production and exports grew by 2.7% and 4.3%, respectively. Data are from the World Footwear Yearbook 2019 now published by APICCAPS — the Portuguese Footwear Association. Over the course of the last 9 years, during which the World Footwear Yearbook has been published, worldwide footwear production increased by 20.5% and global exports grew by 30.8% in volume and by 80.8% in value.

A YEAR OF GROWTH FOR PRODUCTION AND EXPORTS

Footwear production worldwide reached 24.2 billion pairs in 2018, having grown by 2.7% over the previous year. Since the first edition of this Yearbook, and by way of comparison with 2010, footwear manufacturing worldwide has expanded by 20.5%. In terms of its geographical distribution, production continues to be heavily concentrated in Asia, where almost 9 out of each 10 pairs of shoes are manufactured. Global footwear exports increased for the second consecutive year in 2018, setting a new all-time maximum of 142 billion dollars. However, in terms of volume, this is still below the 15.2 billion pairs record set in 2015. Growth was unevenly distributed in geographical terms. China is the origin of almost two thirds of all footwear exports, but its market share fell again in 2018. Since 2010 China’s share in worldwide exports has now lost 9 percentage points.

Over the last decade footwear consumption patterns have changed to reflect the international demographic and economic dynamics. Asia now buys most of the shoes sold around the world. Its share of the total world consumption has increased by 5 percentage points since 2010. China continues to lead the rank of the 10 largest footwear consumers with a 18.4% share. From a continental perspective, Asia continues to be the main region for footwear consumption (54%), followed by Europe (15%) and North America (15%).

After having lost share in the total value of world exports over recent years, Europe reached a share of 37.7% share in 2018 (less than the 38.6% in 2010). In terms of quantity Europe accounts for 13.6% of the global market, this being the highest level over the last six years. However, Europe owns only one-sixth of Asia’ share: Asia is the origin of more that 4 out of every 5 pairs of shoes exported worldwide. Europe is the leading continent in footwear imports, representing more than one third of the world total, but Asia is catching up fast: in 2009 the gap between their respective shares in total world imports amounted to 20 percentage points; in 2018, this was down to only 8.

THE IMPACT OF THE US-CHINA TRADE WAR

The recent developments of the US-China trade war are already having an impact on the dynamics of international trade. In 2018 China lost 1.7 percentage points (pp) in its share of world manufacturing, with the loss being distributed amongst other important players. The winners in this situation were the three largest producers after China: India gained 0.5 pp; Vietnam and Indonesia each gained 0.7 pp.

APICCAPS, the Portuguese Footwear Association, has just launched the 9th edition of the World Footwear Yearbook, a project developed since 2011, which analyses the most important trends within the worldwide footwear industry. Data for 2018, both in quantity and value, is available, making it possible to position the main players with regards to production, consumption, exports and imports.

The publication also includes the specific analysis of 84 different markets as well as addressing the evolution of the sector’s leading global players.

The World Footwear Yearbook 2019 (WFY 2019) is now on sale from www.worldfootwear.com by Portuguese Shoes