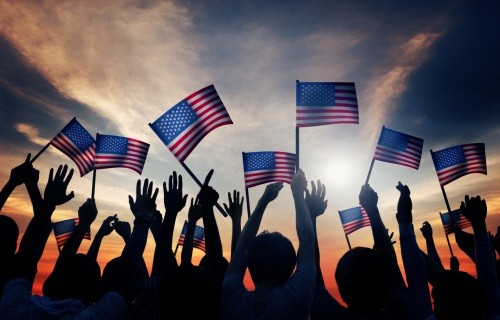 It’s called the “American dream”. It’s the most desirable market in the world. However, the biggest footwear importer worldwide is in a changing process. Get to know the new American reality with Leslie Gallin.

New customers. Sustainability. E-commerce. These are the main current topics that are affecting the business world. To UBM’s President, which holds events such as FN PLATFORM, Sole Commerce and Project Sole NYC, the creation of a common ground between the manufacturers and the retail sector will be determinant in the future in order to preserve the whole supply chain. In a constantly changing world, the fundamental principles can make all the difference: “it’s important to have customer loyalty”, even if it means the companies need to create new scenarios and refreshed environments. “People will keep shopping but there’s the need to create new focus points in order to catch the target’s attention, for instances through organizing presentations for product’s launchings with food and wine tasting. The retailers need to step out of their comfort zone and get involved with the community”, stated Leslie Gallin.

Moreover, for UBM’s President, the rise of new technologies is profoundly changing the footwear universe. “Companies are now investing in the promotion of brands with a 360 mindset, based on an omnichannel approach because they have to assure their presence online without putting aside the physical stores”. In addition, it’s important “the brands know how to tell their story, therefore bonding with their customers and clients”.

Lastly, the generation Z can’t be ignored (generation Z is the sociological definition for the people born between 2000 until 2010. According to Wikipedia, the biggest nuance about this generation is the zap between options, such as TV, internet, video games, smartphones, etc.). “They’ll soon have a considerable purchasing power”, stated Leslie Gallin, that’s why it’s important to “take their specific demands into consideration, since they have high concerns with the environment, the planet and sustainable development”.

In a broader context, Leslie Gallin believes there will still be space for business fairs: “the buyers have the need to validate the brands and products. They want to touch and feel the products and interact with the factories to create trustworthy and long lasting relationships”.
From August, Magic itself will carry out several changes and concentrate its operation at Las Vegas Convention Center, therefore allowing all its events to complement each other.