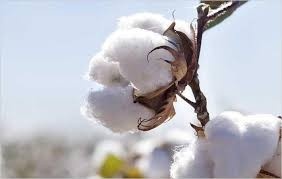 Madison, Wisconsin-based Imbed Biosciences have come-up with an efficient antibacterial finishing technology that can enable wound dressing and textiles to have enhanced antibacterial efficacy.

Following its successful MicroLyte® technology, which is a bio-resorbable wound dressing, Imbed Biosciences has come-up with MicroLyte® Plus, which is shown to be effective against the tough bacteria, which has formed colonies living in the extra cellular matrix. These bacteria become dormant and so commonly available antibacterial technologies are not effective.

In speaking with this scribe yesterday, Gaurav Pranami, vice president for research and development at Imbed Biosciences stated that the new technology could be used to functionalize fibers enabling a new generation of antibacterial textiles. “We have carried out fundamental science that uncovered the design principles for pairing silver ions with gallium,” stated Pranami. Further efforts will focus on preclinical biocompatibility testing of silver and gallium prototypes, added Pranami.

In explaining the principle behind the addition of gallium to silver, Pranami explained that bacteria need iron for their metabolic activities. Since gallium and iron are similar in ionic radii and charge, bacteria uptake gallium. However, gallium is not reduced like iron so the bacteria is starved and sensitized to silver. This makes the silver in the combo to be effective, which is not possible by silver-only antimicrobials.

Hospital acquired infections, chronic wounds are major health issues, and the ionic silver and gallium functional chemistry may be a panacea. With regard to its applications in textiles, durability and cost have to be examined.