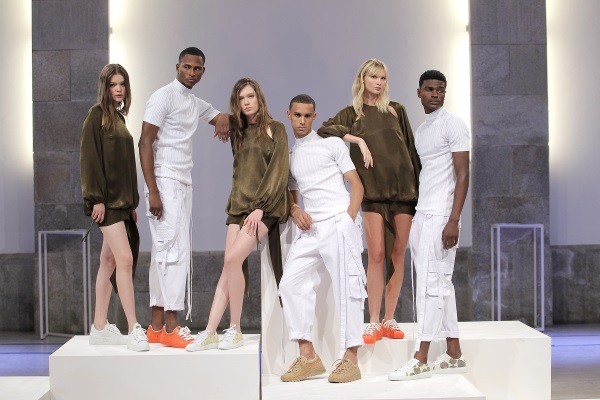 “Nothing is lost, everything is transformed!” is Bolflex’s motto, which inspired an original runway show in the last edition of Portugal Fashion.

In the Noble Hall, at Alfândega do Porto, the brand from Felgueiras surprise the audience with footwear made of reused materials from waste, thus reinforcing a more ecological, circular and sustainable industrial and social vision.

“Rubber is our expertise and, along the way, we discovered that it was possible to reuse polymers. Bolflex used to waste 150 tons of raw material but, after much effort, we realized it was possible to reuse that waste and transform it within the manufacturing process.”, explained the Founder and CEO, António Ferreira. “We don’t make the shoes. We developed the raw material and created the necessary partnerships for this project to come to life”.

Hence, Bolflex Group has developed a new range of products. These products, such as E-Rubber® and R-Skin® are based in a unique in Europe and patented devulcanization technology, which creates a similar product to virgin rubber that can be reintroduced into the manufacturing process.
Wastes arrive from England and Spain and are treated, thus gaining a new life in new products. And the result was presented at Portugal Fashion with comfort footwear totally produced from Bolflex’s waste.

“Coffee grounds, hay, cork, leaves, old canvas, and everything that you can image, can be incorporated” into waste. According to the CEO, “the sky is the limit” on this matter. “Me and my team are very thrilled and still have plenty to work on. In fact, we have already began working with old shoes, which are great news”, added, guaranteeing that “there’s a lot of demand”.

Bolflex Group
Bolflex Group is composed by the mother company Bolflex, Rubberlink, a company dedicated to reuse, and My Pooch, a fashion accessories’. The group has as main goal to take part on a broad movement of change, which covers new behaviors and methods to guide mentalities towards a bigger social and environmental responsibility. To Bolflex, the future has to be made of solid, steady and sustainable steps.