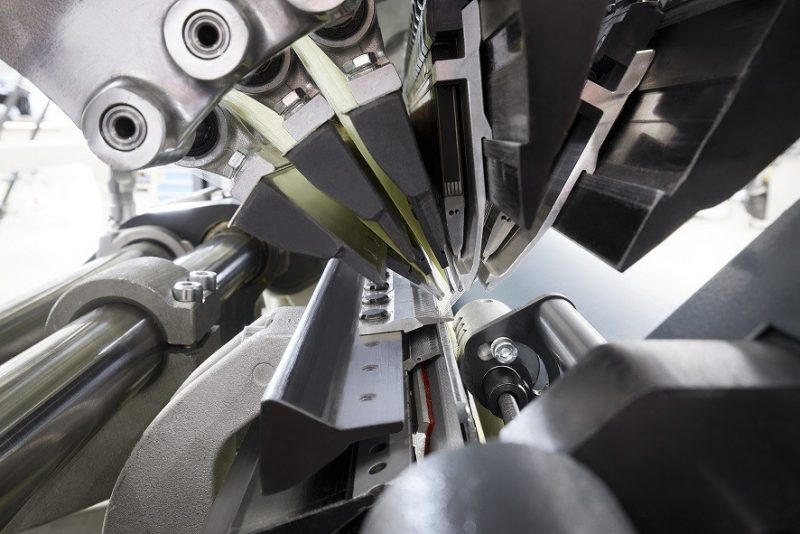 By combining it with other KM.ON products, the new RSJ 4/1 ON is a real game changer in the textile industry 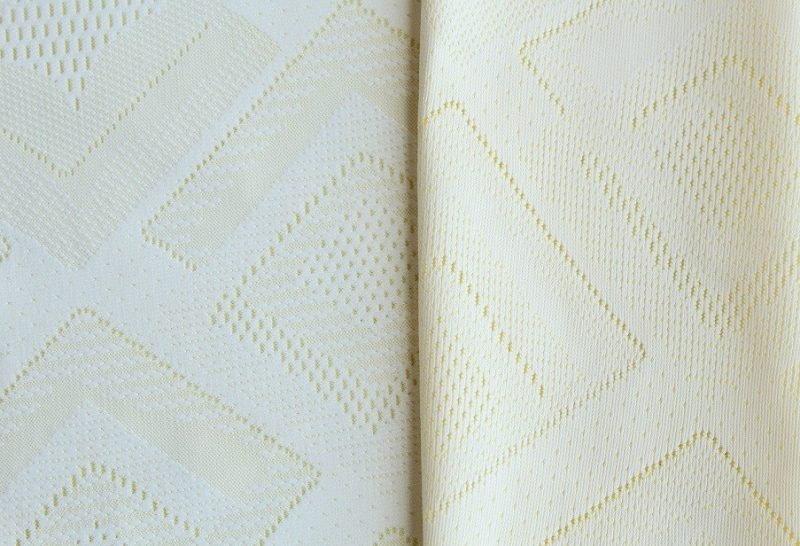 KARL MAYER has added a new dimension to the third dimension of warp-knitted spacer textiles in the shape of new types of fabrics with a wide range of surface designs. These innovative articles are known as 4D-KNIT. Their relief-like designs on both sides are rather unconventional, extravagant and diverse for warp-knitted fabrics, and are enabling KARL MAYER’s customers to expand their business areas. KARL MAYER is meeting demand by developing 4D-KNIT. “We ran with an idea from the market and optimised it,” says Takayama Hirokazu, the Senior Director of NIPPON MAYER, the centre of excellence for double-bar raschel technology within the company group. A higher production rate is the main improvement. Compared to other technologies used to produce fabrics with a similar appearance, warp knitting can deliver a higher production rate. Trials with producing shoe fabrics clearly show the differences here. Whereas textiles for 200 pairs of shoes can be produced per hour using double- bar raschel technology, flat weft knitting machines can only produce enough for 1.5 pairs of shoes over the same time period. The new configuration of the RDPJ 6/2 EL double-bar raschel machine is the reason behind its high productivity and the unique appearance of the fabric. The modified version enables textile constructions to be produced that are completely different to the conventional constructions typical of 3D warp-knitted textiles.

High/low effects make all the difference

Conventional warp-knitted spacer textiles are made from two cover faces with a pile layer made from monofilament yarns between them. The two sides of the fabric can be patterned – if the double-bar raschel machine used is equipped with a jacquard mechanism – and the distance between them is constant and uniform. Differences in height can only be produced between one fabric and another. On the other hand, different fabric heights can be produced over the entire surface when producing 4D-KNIT textiles, and the differences in height can be used to create the patterns. Pronounced relief-like designs are produced, which are stabilised by using bulky yarn to create a cushioning effect.

Three-dimensional patterns, openwork designs, semi-made-up goods and much more besides

The special look of 4D-KNIT textiles is based on 3D motifs, whose shape, height and location can all be varied. The relief-like, permanently stable elements can be combined to produce creative designs. Extensive processing trials carried out at NIPPON MAYER show just what can be achieved here. The pattern developers and specialist technologists in Japan closely studied the possibilities offered by the newly configured RDPJ 6/2 EL, and have developed more than 50 patterns over the last two years. The designs include strict, geometric arrangements with high/low effects, as well as sweeping, three-dimensional wavy designs, bright fruit patterns and complex, imaginative designs having different height profiles. Openwork patterns can also be integrated seamlessly into the textiles. These are in especially high demand as breathable zones in functional clothing and shoes. Contrasting, two-colour effects can also be produced by the types of yarn used. In addition to these interesting patterns, important elements, such as cut edges, can be integrated for further processing, and near-netshaped products can be produced. For example, the product developers at KARL MAYER have produced a cover for office chairs with the side wings, seat panel and seat back made almost entirely in a single piece. The fabric perfectly matches the geometry of the seat, and is extremely hardwearing. It can withstand 20,000 abrasion cycles in a stress test without being damaged. Depending on the pattern and type of yarn used, the fabric weight can be adapted to suit the intended end-use. KARL MAYER has pro- duced patterns with fabric weights ranging from roughly 370 g/m² to just under 500 g/m². The lower limits are created by the threedimensional effects. “The three-dimensional look is lost if we use too little yarn or if the filler yarn is too fine,” explains Oksana Wizechowski. This product developer was involved in the extensive processing trials over a period of several months at NIPPON MAYER. The importance of finishing became clear as the work progressed. The bulky yarns only reveal their voluminosity to create the shape of the relief structures when the textile is relaxed and heat is applied.

This new version of the RDPJ 6/2 EL is available in a gauge of E 24 and a working width of 138″. Its exceptional patterning possibilities are based on an intelligent technical configuration and the wellthought- out design of the knitting elements, combined with KARL MAYER’s tried-and-tested piezo jacquard technology. The machine also features the manufacturer’s new LED lighting concept. With its adjustable knockover comb bar distance, this machine is a good, all-round machine. With a distance of 1.5 to 2.5 mm, 4D-KNIT items and double-layered fabrics can be produced and, at a distance of between 2.0 and 8.0 mm, conventional spacer textiles can be produced – and jacquard patterns can also be worked. This wide range of patterns minimises the investment risks.

Optimism before the sales launch

This innovative, double-bar raschel machine should go into production in the fourth quarter of 2019. Kay Hilbert, the Head of Product Portfolio Management at KARL MAYER, is optimistically looking forward to the sales launch. The newly configured RDPJ 6/2 EL and selected 4D-KNIT items were on show at the last ITMA in Barcelona, and were a highlight of KARL MAYER’s stand. “News of our new development quickly spread around the fair. Even yarn producers had heard about the 4D-KNIT and came to learn more about it on our stand,” says Kay Hilbert. He and his team discussed many interesting projects with the visitors. Some of the visitors seemed very keen to invest, and they discussed ideas for new applications. So far, the end-uses for the lightweight fabrics have targeted the outerwear and activewear sectors and, for the heavier fabrics, they have been aimed at the automotive, home textiles, shoe and mattress sectors. However, it quickly became evident from the conversations being held at the fair that the market potential goes much further.