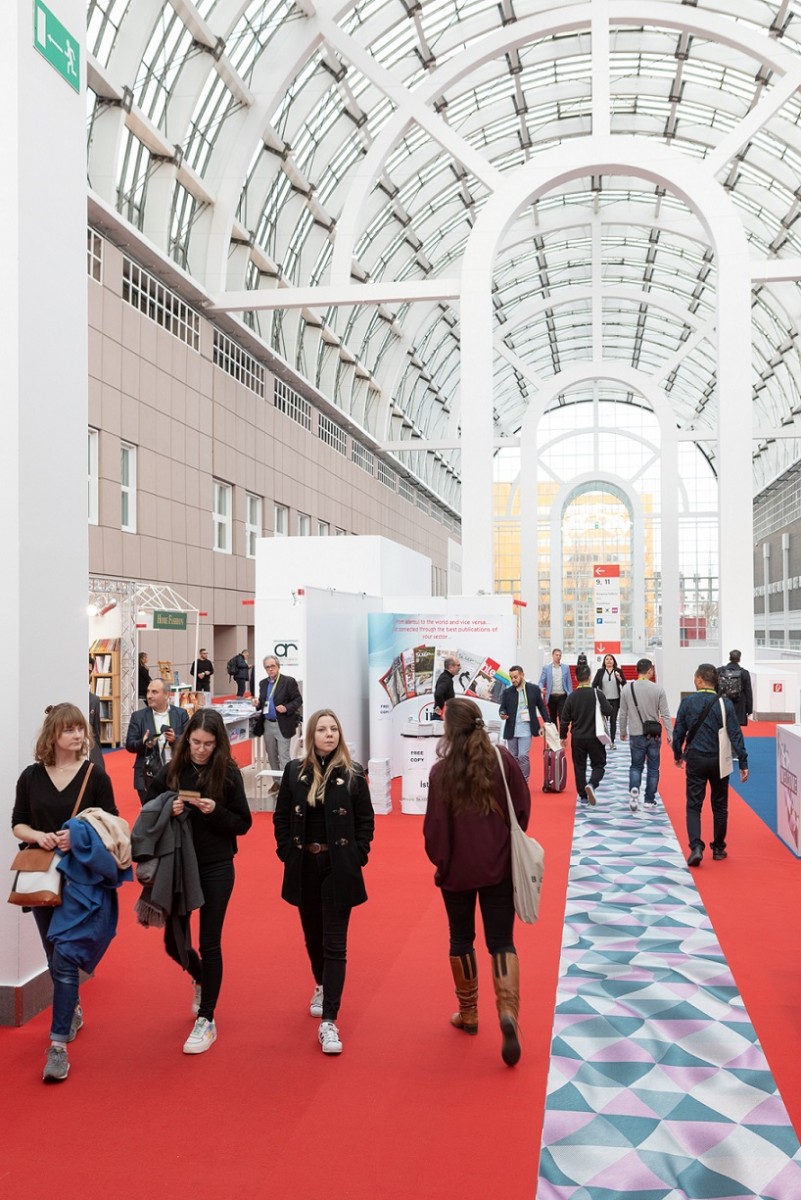 With a content-driven programme, the 50th edition of Heimtextil delivered strong impetus for the start of the new furnishing season. Sustainability was placed firmly at top of the agenda, outshining all other topics. 63,000 visitors gathered information about the major themes dominating the international industry from 2,952 exhibitors at the world’s leading trade fair for home and contract textiles. As expected, the unusually early date led to a drop in visitor numbers.*

‘The industry is currently facing huge challenges. And some of those taking part at Heimtextil have really felt this. However: exhibitor satisfaction has remained at the same high levels as last year**. And visitor satisfaction has even increased from 93 to 95 per cent. In addition to the early date, the reasons behind the reduced visitor numbers are mainly down to strong consolidation of specialist shops and developments in the stationary retail trade in the direction of e-commerce. The trend has also experienced an economic slowdown’, explains Detlef Braun, CEO of Messe Frankfurt. ‘This is in line with the fact that as many as 34 per cent of our exhibitors rate the current economic situation in the sector as poor, compared with just 18 per cent the year before’.

The anniversary edition of Heimtextil offered the richest event programme in its history: over 150 lectures and panel discussions, 30 guided tours of the trade fair and numerous other programme events supplied inspiration in relation to the most exciting new products and encouraged exchanges between representatives of industry and trade, design, interior architecture and hospitality. Above all, the highly frequented ‘Trend Space’ with its unique trend showcase provided important industry content that was absolutely in line with the times. ‘Inquisitive traders who make a difference in the market and keep up with the times are gathering inspiration for the new season here in Frankfurt. As the world’s biggest trade fair, Heimtextil is of existential importance for our industry. No other trade fair offers such a wealth of information’, says Ottmar Ihling, spokesman for the DecoTeam and draws a positive conclusion for the Association of German Home Textile Suppliers in hall 8.0.

‘We had a great number of visitors to the DecoTeam with good and high-quality customers and delegations from large companies’.

Peter Gumbel, General Manager of Aro Artlaender, also draws a positive conclusion about their presence in hall 11.0 and illustrates how the visitor structure at Heimtextil has changed to incorporate more international buyers: ‘All the customers we expected to be there were there. Although the German specialist trade was somewhat lacking, as far as exports are concerned, it was a very good fair. Compared to 15 years ago, buyer delegations have certainly become a little smaller, but the decision-makers are still at Heimtextil – they may spend a little less time here, but they have very concrete plans’.

All roads lead to sustainability

For the first time, the United Nations Office for Partnerships presented the worldwide ‘Sustainable Development Goals’ at Heimtextil and invited industry participants to take part in an intensive dialogue. ‘Heimtextil was the next step on our tour to present the Sustainable Development Goals in collaboration with Messe Frankfurt´s Texpertise Network and the Conscious Fashion Campaign. The United Nations Office for Partnerships welcomes and appreciates the innovative work of the exhibitors and the variety of sustainable textiles presented in Frankfurt. The feedback on our booth and talks was extraordinary. Together with Messe Frankfurt and the Conscious Fashion Campaign, UNOP welcomes the opportunity to reach a broad and professional audiences, raise awareness of the goals and galvanise support”, says Lucie Brigham, Chief of Office at UNOP and guest of honour at the Heimtextil opening press conference.

Whether start-up or traditional company, no manufacturer will be able to avoid environmentally friendly materials and production processes in 2020. Even big names are placing value on textiles made of certified materials and avoiding plastic packaging. The Krefeld-based company Deco Design Fürus with its OceanSafe brand is one of the pioneers in the field of recycling management. ‘Heimtextil 2020 was an exceptionally successful trade fair for us. The many discussions we have had here have made it very clear: our customers can now distinguish very clearly between greenwashing and cradle-to-cradle recycling’, says Manuel Schweizer, CEO of Deco Design Fürus from hall 8.0.

As another top theme, Heimtextil focused on the furnishing of hotels and public buildings. Around 370 companies specialising in contract business and the new ‘Interior.Architecture.Hospitality Library’ illustrated the diverse properties of functional textiles and provided interior designers and hospitality experts in particular with new solutions. ‘We try to view textiles as an architectural element. As such, they give us the creative freedom to freely design the various types of rooms: entrance, zones of well-being, guidance systems. And places that make you want to linger a while. This is where the new materials on show at Heimtextil offer enormous flexibility’, says Fokke Moerel from the MVRDV architecture firm.

An even greater reception was enjoyed by the ‘Sleep! The Future Forum’, with which Heimtextil provided concentrated know-how on all aspects of sleeping and exciting product innovations in the fields of sleeping systems, bedding and bed linen. Here, too, experts dealt with the question of the challenges manufacturers face if they want to operate and produce sustainably. The panel discussion ‘Securing the future of the next generations – sustainable strategies for manufacturers and retailers’ was one of the highlights of the four-day programme. It presented practical examples from Lenzing, Vossen and IKEA and introduced the new state-run ‘Grüner Knopf’ textile seal and the global Sustainable Development Goals of the United Nations to the interested trade audience.