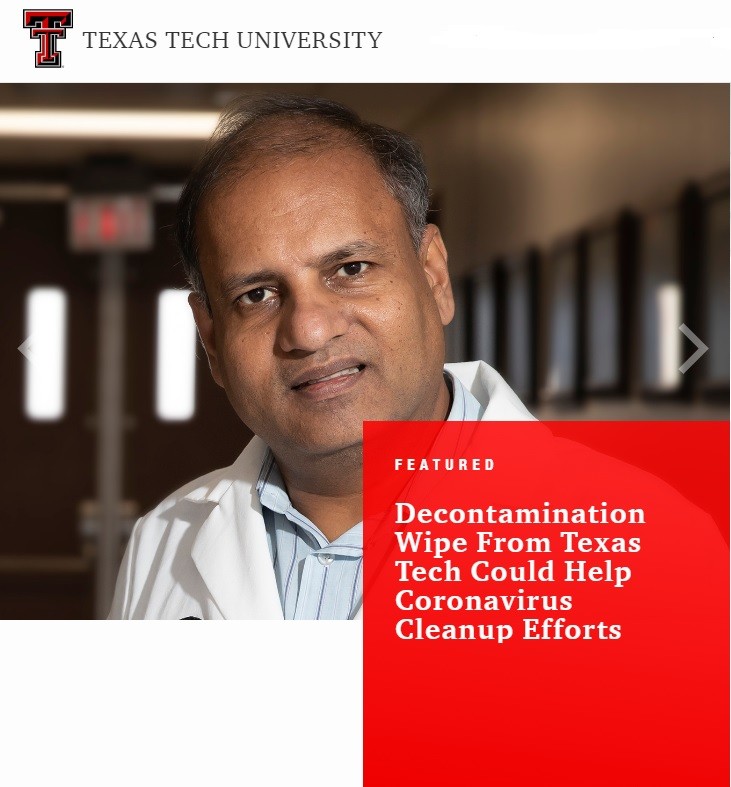 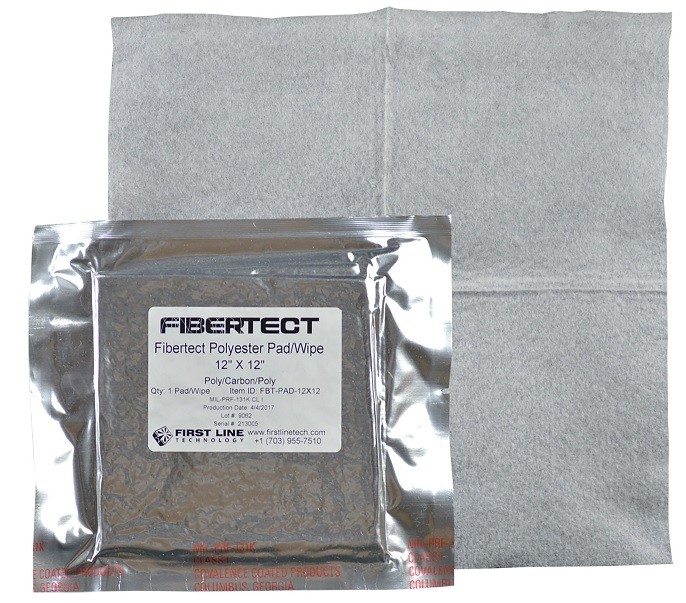 FiberTect’s TM structure, with its activated carbon core, can wipe the bodily fluids that transmit viruses.

A decontamination wipe invented by a Texas Tech University researcher to clean up toxic agents also could clean up bodily fluids contaminated with the coronavirus.

FiberTectTM is a three-layer, nonwoven wipe that features an activated carbon core sandwiched between absorbent top and bottom layers.

“It is widely used as the primary dry decontamination method in hospitals and ambulances,” said Corey Collings, a training specialist for First Line Technology, which markets FiberTect TM. “Hospitals use it in bulk and in rolls, and ambulances use it in a kit called the FastGrab to do immediate decontamination of patients contaminated with a wide variety of substances.”

FiberTect TM was invented by Seshadri Ramkumar, a professor of chemical countermeasures and advanced materials in the Texas Tech Department of Environmental Toxicology. He says the wipe’s structure is effective in containing bodily fluids – like saliva and mucus – through which viruses could be transmitted. Its activated carbon also can absorb particles transmitted in vapor phase through the air.

As a wipe or mitt, FiberTect TM holds great potential for cleaning in settings where transmission of the COVID-19 virus, also known as the novel coronavirus, is a paramount concern.

“It can be used to clean wet surfaces contaminated with bodily fluids,” Ramkumar said. “Highly porous carbon in the structure can trap the vapors and aerosols in which microbes are contained. The wipe structure is flexible and can take the shape of the objects to be cleaned. The three-ply structure without glue helps this effective cleaning.”

FiberTect TM previously has been used successfully by the U.S. military to decontaminate both personnel and equipment, for oil spill cleanup during the Deepwater Horizon spill in the Gulf of Mexico, and by emergency response teams across the country in dealing with highly dangerous chemical substances, including Fentanyl.

“The advantage of FiberTect TM is that it has multiple uses,” said Amit Kapoor, president and CEO of First Line Technology. “Many departments have bought into decontamination technology solely because of the Fentanyl epidemic. However, once they have the equipment, like FiberTect TM, they find that it is effective at removing a broad range of dangerous substances. Some examples include OC spray, bodily fluids, acids and other unknown materials. Because it is so easy to store and use, it has gained widespread acceptance among public safety agencies.”

Its development and testing was sponsored by the U.S. Department of Homeland Security and managed by the Technical Support Working Group, Office of the Assistant Secretary of Defense for Special Operations/Low Intensity Conflict in the U.S. Department of Defense. Product testing was conducted by Lawrence Livermore National Laboratory. FiberTect TM proved superior in all testing results against 30 comparable products for decontaminating against toxic chemicals.