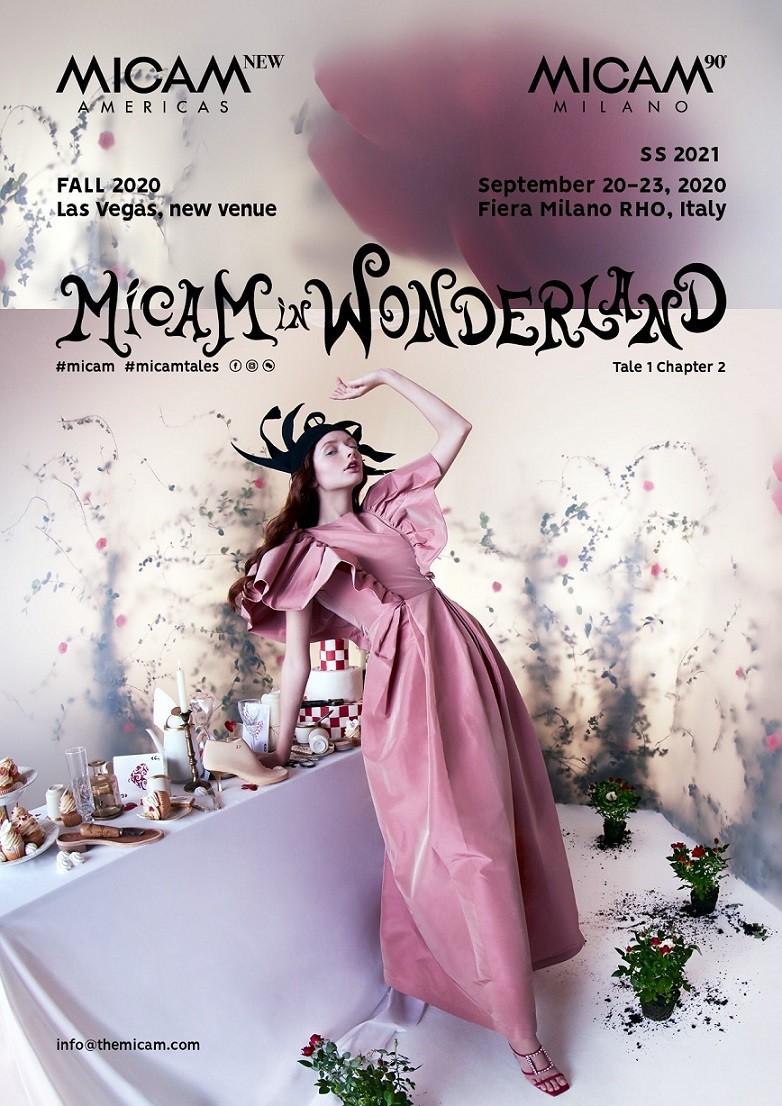 After the health emergency the international footwear fair gets ready to tackle the recovery phase alongside footwear companies The event’s new brand image kick-starts the organisational machinery.

While the fair organisers work to prepare a prestigious event that will hopefully provide both Italian and foreign footwear companies with a springboard to recovery, following the difficult period the whole sector has gone through during the health emergency, the creative concept behind MICAM’s brand image for 2020 continues to be developed.

In this way, the second chapter in the #micamtales series, dedicated this year to MICAM in Wonderland, also becomes a sign that the event does not stop, and that it intends to go on providing those in the footwear market with important business and trade opportunities. The protagonist of the fairy-tale we were introduced to in February reappears once again in the September edition, at the centre of a series of curious events that take place in an enchanted garden: a tea drunk in the company of a white rabbit, a party that goes awry despite the fervid preparations, or a bizarre attempt to paint white roses red.

The creative idea for the September campaign was once again curated by the MM Company, with accounting by Laureri Associates, and features photos taken by Fabrizio Scarpa and a series of three short video-stories directed by Daniele Scarpa which use irony as their leitmotiv.

Over the coming weeks the fair will confirm a number of other new initiatives for the September edition aimed at sustaining the sector, while in these difficult months Assocalzaturifici has never stopped listening and supporting the Italian footwear companies.

The appointment, then, is for the Wonder Garden at MICAM Milano 90: an event geared to helping dealers and manufacturers be better prepared to meet the new challenges facing the footwear market, to move forward and contribute to its growth together.