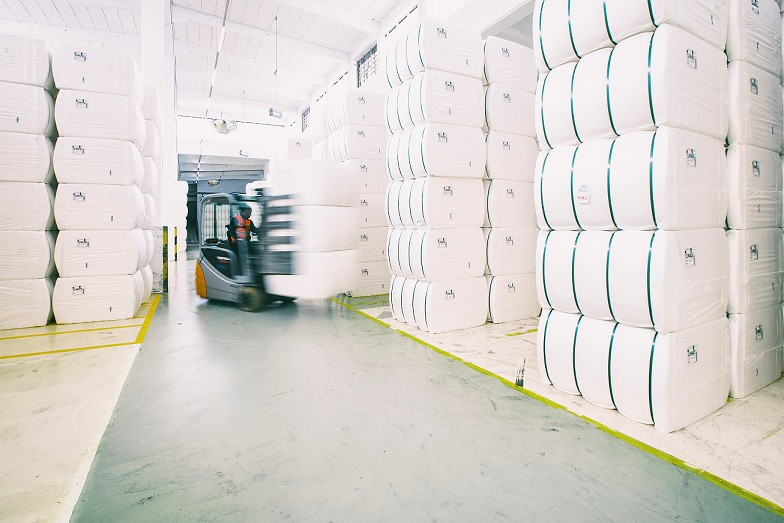 The newly launched Renewable Carbon Initiative strives to herald the end of the fossil age for all organic chemicals and materials by 2050. Within the RCI Lenzing will especially focus on further greening up the textile and nonwoven businesses.

Lenzing – Eleven leading companies from six countries founded the Renewable Carbon Initiative (RCI) in September 2020 under the leadership of nova-Institute (Germany). The aim of the initiative is to support and speed up the transition from fossil carbon to renewable carbon for all organic chemicals and materials.

The Renewable Carbon Initiative (RCI) addresses the core problem of climate change, which is extracting and using additional fossil carbon from the ground. The vision is stated clearly: By 2050, fossil carbon shall be completely substituted by renewable carbon, which is carbon from alternative sources: biomass, direct CO2 utilization, and recycling. The founders are convinced that this is the only way for chemicals, plastics, and other organic materials to become sustainable, climate-friendly, and part of the circular economy – part of the future.

Robert van de Kerkhof, Chief Commercial Officer of the Lenzing Group: „We at Lenzing believe that we need to create strategic partnerships to implement systemic change. Therefore, we support the Renewable Carbon Initiative. First of all, because it is the right thing to do and, second, it is also fully aligned with our corporate strategy. Therefore, we are part of the RCI from the beginning and its commitment to start acting now.”

Michael Carus, CEO of nova-Institute and head of the Renewable Carbon Initiative: “This is about a fundamental change in the chemical industry. Just as the energy industry is being converted to renewable energies, so renewable carbon will become the new foundation of the future chemical and material industry. The initiative starts today and will be visibly present from now on. We want to accelerate the change.”

The main avenues on which the initiative wants to deliver change are threefold. One, the initiative strives to create cross-industry platforms that will demonstrate the feasibility of renewable carbon intangible activities. Two, one main target will be to advocate for legislation, taxation, and regulation changes to give renewable carbon a level commercial playing field to play on. Finally, the third avenue will be to create a wider pull for sustainable options by raising awareness and understanding of renewable carbon levels amongst the business community and the wider public.

The Renewable Carbon Initiative has made a powerful start with eleven international member companies and the personal support of more than 100 industry experts. The initiative hopes to gain many additional members and supporters in the upcoming months to keep the strong momentum of the initiative. Working together, RCI will support and accelerate the transition from fossil to renewable carbon for all organic chemicals and materials.

In the end, the aim is as complex as it is simple: renewable energy and renewable carbon for a sustainable future. Within the RCI Lenzing will especially focus on further greening up the textile and nonwoven businesses. Here we will promote this concept and encourage our partners to become a part of this vision.

More information about the Renewable Carbon Initiative can be found on: