After a week of negotiations between governments, employers and trade unions, more than 60 million workers in the textile and garment industry around the world will now benefit from a new code of practice with concrete guidance on improving health and safety.

The ILO Code of Practice adopted on 8 October is the first for the textiles, clothing, leather, and footwear industries. The code sets out how governments, employers, and workers can improve safety and health for the more than 60 million workers in the industries. 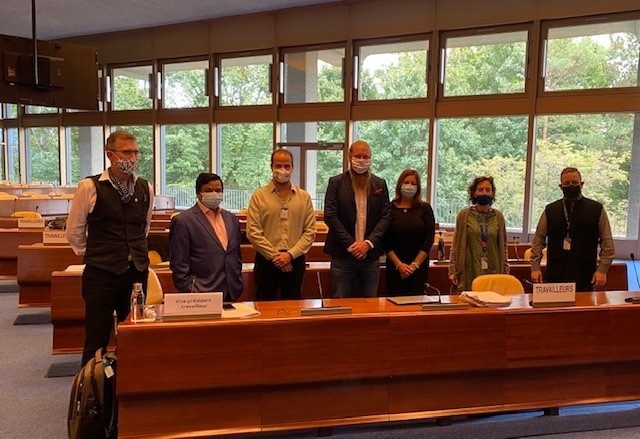 “This is an important achievement since ILO Code of Practices are reference tools that set out principles that can be reflected in the design and implementation of policies, strategies, programs, legislation, administrative measures and social dialogue mechanisms for the sector,” says IndustriALL textile and garment director Christina Hajagos-Clausen.

Based on international labor standards and other sectoral codes of practice, the Code provides comprehensive and practical guidance on how to eliminate, reduce and control all major hazards and risks in the industries. This includes chemical substances, ergonomic and physical hazards, tools, machines, and equipment, as well as building and fire safety.

“We want to ensure that Rana Plaza will never happen again. If everyone commits to translating the provisions in this Code into action, we can ensure that no worker – in Bangladesh or any other country – will ever have to risk her life in a garment factory again,” says Kamrul Anam, worker vice-chairperson of the meeting and president of IndustriALL affiliate Bangladesh Textile and Garments Workers League (BTGWL).

The code of conduct will become into force after approval by the ILO governing body in March.

The textiles, clothing, leather, and footwear industries have been hit incredibly hard by the Covid-19 crisis. Thousands of enterprises have had to stop production and millions of workers have lost their livelihoods for shorter or longer periods, and many remain without a job.

The Accord agreement was renewed in September, broadening the coverage to general health and safety, rather than only fire and building safety. The International Accord on Health and Safety in the Textile and Garment Sector preserves and advances the fundamental elements that made the Accord successful, including respect for freedom of association; shared governance between labor and brands; a high level of transparency; safety committee training, and worker awareness program; and a credible, independent complaints mechanism.

Over 135 global brands and retailers have signed the new agreement.