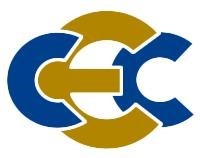 On the occasion of the CEC Board meeting in MICAM Milano, the CEC Members confirmed yesterday that the 7th edition of the World Footwear Congress will take place in Istanbul, Türkiye, from 9 to – 11th May 2023, under the joint management of the Footwear Industrialists Association of Turkey (TASD) and the CEC Secretariat.

The World Footwear Congress was created in 2003 by the European Footwear Confederation (CEC). As a well-recognized worldwide event among the footwear community, the Congress aims at bringing closer all footwear players around the world with the aim of increasing international collaboration that supports the industry competitiveness and growth, while working together for a free and fair global market with equal chances for all on a reciprocal basis.

After 20 years since its first edition in Brussels, the CEC has chosen Istanbul as the next WFC hosting city; a city where Europe and Asia meet, reminding us about the need for all of us to work together in supporting the sector worldwide.

In less than three years since the last Congress edition in Naples, the world has lived the major challenges since World War II; it started with a pandemic and was followed by transport disruptions, scarcity of materials, accelerated climate change, a war, energy crisis, huge inflation rates, etc. It is therefore logical that the Congress motto will highlight what should be the footwear sector’s recipe for this New World.

In the global footwear scenario, Türkiye has placed itself as a major producer thanks to investments in modern manufacturing processes and high design capacity, which has allowed the country to establish large partnerships with worldwide footwear brands. During the Congress in Istanbul, companies will have the opportunity not only to contribute and learn from the international relevant speakers but also to meet other companies and visits footwear factories.

More details will be announced during a press conference at the AYMOD trade fair in Istanbul on 29th September 2022. There will soon be also a dedicated website with more details on the Congress, agenda, how to join the event, and other useful information. In the meantime, save the dates in May in your agendas for such a unique worldwide Congress!