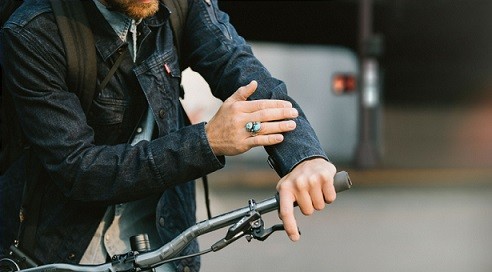 The Levi’s® Commuter™ Trucker Jacket with Jacquard™ by Google is set to make its debut as the ultimate in connected apparel and a redefinition of what it means to be “hands free.”

So, go ahead, put that phone away. Designed for the urban commuter, Jacquard technology literally woven into this Levi’s® jacket lets you access your music, navigation, and communication such as texts and calls with the swipe of your sleeve. 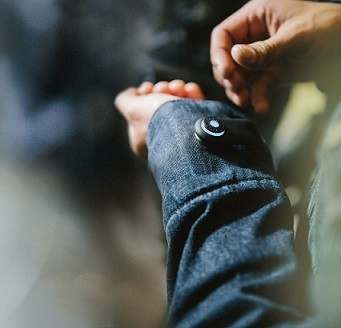 Digital connectivity is provided through the Jacquard snap tag attached to the jacket’s cuff. When the jacket detects your gesture, the tag sends a signal wirelessly to your phone. The jacket integrates with the Jacquard app for your mobile phone, which allows you to customize your experience – whether playing or pausing a song or getting the ETA on your destination.

”As we see it, this isn’t just about technology for technology’s sake – it’s about addressing a real need for our consumers on the go,” said Paul Dillinger, vice president of global product innovation for LS&Co. “This garment allows cyclists to literally navigate their rides, and manage other simple tasks, while never having to take their eyes off the road. That, to me, is the true triumph of this jacket.”

The Levi’s® brand is Google ATAP’s first partner with Jacquard. Jacquard by Google enables designers like the Levi’s® brand to embed digital interactivity and connectivity into apparel as part of their natural design process, allowing technology to become a new ingredient for their creative expression. 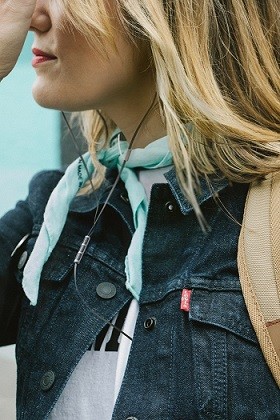 The Levi’s® trucker is a perfect pairing of the knowledge and know-how of Google ATAP’s Jacquard team with the performance power of the Levi’s® Commuter line, which is designed to perform as great as it looks. As the first interactive garment of its kind, it also lays the architecture for how interactive, connected clothing will be made in the future.

“Connectivity, interactivity and computation rapidly expands from screens into the real world, making things that we use, love and wear everyday smarter, by reflecting our digital lifestyles and connecting us to the most important services and information at all times,” says Ivan Poupyrev, who is leading Jacquard platform development at Google ATAP. “The jacket we developed with Levi’s is the first example of this emerging world of connected things that becomes possible with Jacquard platform.”

The jacket comes replete with retro reflective accents, stretch fabric in the shoulder, openings in the back for ventilation, and a dropped hem in the back. Like all products in the Levi’s® Commuter™ line, the trucker is intended to solve real world problems. Originally conceived with the urban cyclist in mind, today’s Commuter™ collection speaks to all global urban commuters, offering functionality, performance and purposeful style/design.

The Levi’s® Commuter™ Trucker Jacket with Jacquard™ by Google will be available for purchase for $350 starting Wednesday, September 27 in select stores, including Kinfolk in Brooklyn, New York; Fred Segal in Hollywood, California; and Concepts in Boston, Massachusetts.

From October 2, it will become available online at levi.com as well as select Levi’s® stores in Santa Monica; Chicago, Illinois; New York; and San Francisco.